RADICAL DISCIPLESHIP – A CALL FOR ALL

In Luke 14, Jesus speaks some very disturbing words to anyone who wants to be his disciple.  He sees the call to discipleship as requiring people to renounce not only their possessions but also their own life and family.  The example of Thomas More shows us that this is radical, but does not mean all must be monks or nuns.

When I was a kid, I got the distinct impression there existed a two-track system in the Catholic Church.  Some heard the call to really go for it.  They became priests, nuns, and brothers because they “had a vocation.”  They “gave up” lots of things.  Like marriage, family, success in business, and lots of creature-comforts.

The rest of us, however, don’t “have a vocation” and therefore don’t really need to run for the gold.  It is enough to just finish the race.  We don’t have to deprive ourselves of what most people enjoy.  We can get married, have kids, climb the corporate ladder, acquire a vacation home and buy a boat.  We just need to go to Mass on Sunday, avoid breaking the Ten Commandments, get to confession when we fail, and basically be decent people.

A few years ago I even heard this two-track system clearly laid out in a Sunday homily.  The priest said the gospel presents us with a radical Jesus and a moderate Jesus.  Some, like Mother Teresa, say yes to the call of the radical Jesus.  But we can follow the moderate Jesus if this is more comfortable for us.

In Luke 14:25-33, Jesus gives us no such choice.  He says “none of you can be my disciple if he does not renounce all his possessions.”  And probably even more disturbing is this statement: “If anyone comes to me without turning his back on his father and mother, his wife and his children, his brothers and sisters, indeed his very self, he cannot be my disciple.”

This is an up-front requirement.  If you are not willing to do this, don’t bother getting started as a disciple, he says.

No.  That would actually be not only irresponsible but too easy.  “Turning your back” on your family does not mean shirking the duty to care for your own.  “Renouncing your very self” does not mean abusing your self.

What Jesus means is being radically detached from family, friends and self-gratification in favor of attachment to God, his truth, his will.  There is a love that is about giving and there is a love that is about enjoying.  We can never stop giving to others what is for their true and deepest good. But there are times when we must renounce the enjoyment, opinion, and approval of others in order to be faithful to the truth.

The best way to see this is in the life of a very real person who lived out this radical call to discipleship.  Thomas More thought of joining the monks who educated him, but realized that he was called to marriage and family.  And so he took a job in with the government, got married, had kids.  He rose through government service to become the Chancellor of England under Henry VIII.  He had a magnificent mansion on the Thames river where he entertained his friend the King as well some of the most famous men and women of Europe.   Thomas had a great sense of humor, a deep relationship with his kids, a profound prayer life, and loved to write fiction, satire, and theology. 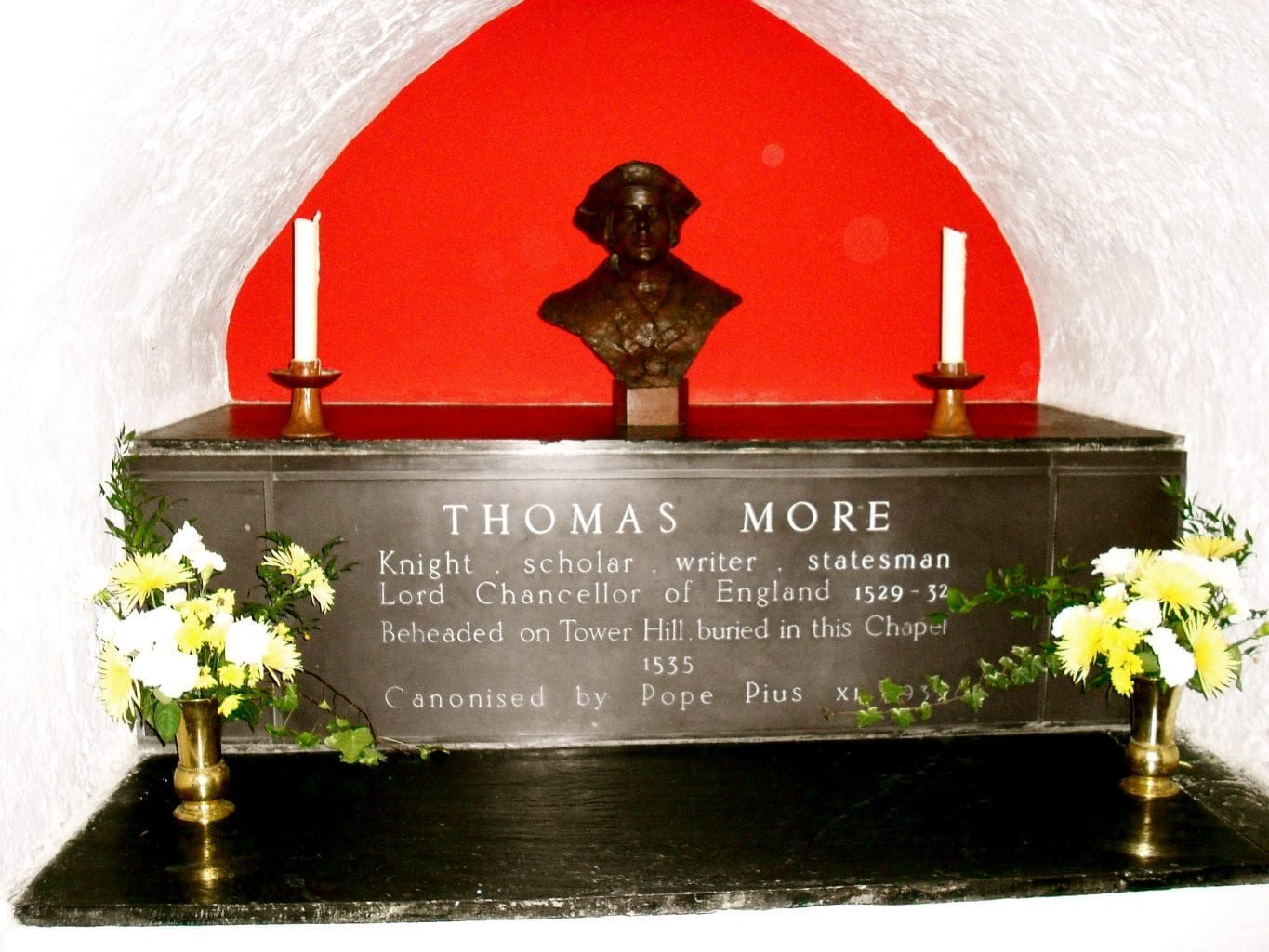 Then his boss Henry VIII divorced, remarried, and justified it by breaking allegiance with the Pope and making himself the head of the Church of England.  He wanted all citizens to take an oath swearing allegiance to his new order.  Everyone jumped on the bandwagon.  All of the bishops signed save one.  All of Thomas’s friends did the same.

But Thomas More knew signing would violate his conscience, compromise his integrity, offend God, and encourage others in the doing of evil.  He loved God, self and others too much to do this.  So he lost the esteem of his friends and his king. He resigned his position and lost his income.  He ultimately lost his head rather than deny his heart.

Few of us will enjoy the privileges enjoyed by Thomas or be called to make the same sacrifices.  But little choices, every day, arise that show us where our true loyalties lie.

This post discusses how the call to radical discipleship is for all Christians and how St. Thomas More is a model disciple.  It is offered as a reflection on the scripture readings for the 23rd Sunday in Ordinary time, cycle C (Wisdom 9:13-18, Philemon 9-10 12-17; Luke 14:25-33) and also the memorial of St. Thomas More and St. John Fisher on June 22.