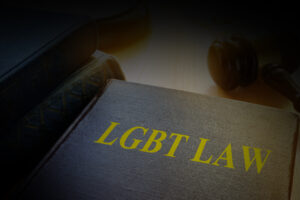 How Far Can Transgender Tyranny Go?

In the “woke” world, nothing trumps the impossible quest to change one’s sex.

Two recent events highlight this tragic conclusion. The first case concerns a prisoner’s transfer in the California penal system. He “identifies” as a woman and will soon transfer to a women’s prison. The second incident comes from free-lance family defender Elizabeth Johnston. She covered a meeting in which the Wake County, North Carolina PTA discussed using “preferred pronouns” for students.

However different these cases may be, they lead to the same conclusion.

According to the Palm Springs, California Desert Sun newspaper, Jason Michael Hann was convicted of killing his two children a few weeks after they were born. He killed his infant son in 1999 and later his daughter in 2001. His girlfriend – mother of the children – was also implicated in the murders. When the police arrested them, they had a third infant living with them, who was placed in protected services and later adopted.

Mr. Hann was convicted of the boy’s death in Maine, receiving a life sentence. He was extradited to California to stand trial for the murder of the little girl and was sentenced to death. The death penalty in California remains legal, although the last execution was in 2006. Mr. Hann remains on death row.

Currently, all executions were placed under a “moratorium” when Gov. Newsom signed Executive Order N-09-19 on March 13, 2019.

An Absurdity Dressed Up as Law

After fathering these three children and killing two of them, Jason Hann decided that he wanted to be a woman. He applied for and underwent some undisclosed procedures at state expense. Around the beginning of February 2020, he was moved to the Central California Women’s Facility death row. His former girlfriend and partner in crime is incarcerated in the same prison. The brutal murderer is known there as “Jessica.”

This accommodating prison policy later became law when Gav. Gavin Newsome signed the “The Transgender Respect, Agency, and Dignity Act” on September 26, 2020. The law justifies itself by pointing out that “a study of the state’s prisons found that the rate of sexual assault for transgender women in those prisons was 13 times higher than for men in the same prisons.”

According to the Daily Caller website, Mr. Hann is one of 261 inmates who requested such transfers. All but six requested transfers from men’s to women’s prisons.

Who Decides for the Child?

The North Carolina situation is equally absurd but is far closer to home for many parents.

One thought on “How Far Can Transgender Tyranny Go?”